What's not to love about fresh-baked banana bread? The sweet aroma of cinnamon wafting from the oven, the warm gooey slice slathered in butter and gently warming your hands, the delicious crumbs that melt slowly on your tongue...heavenly. As creative real food advocates, sometimes a simple twist on a treasured classic is just what we need. Indulge with childlike joy in a grain-free, gluten-free, nutrient dense version of a banana bread using organic coconut flour, extra virgin coconut oil, raw honey and sprouted nuts. Oh, and don't forget to use organic, fair trade bananas of course! 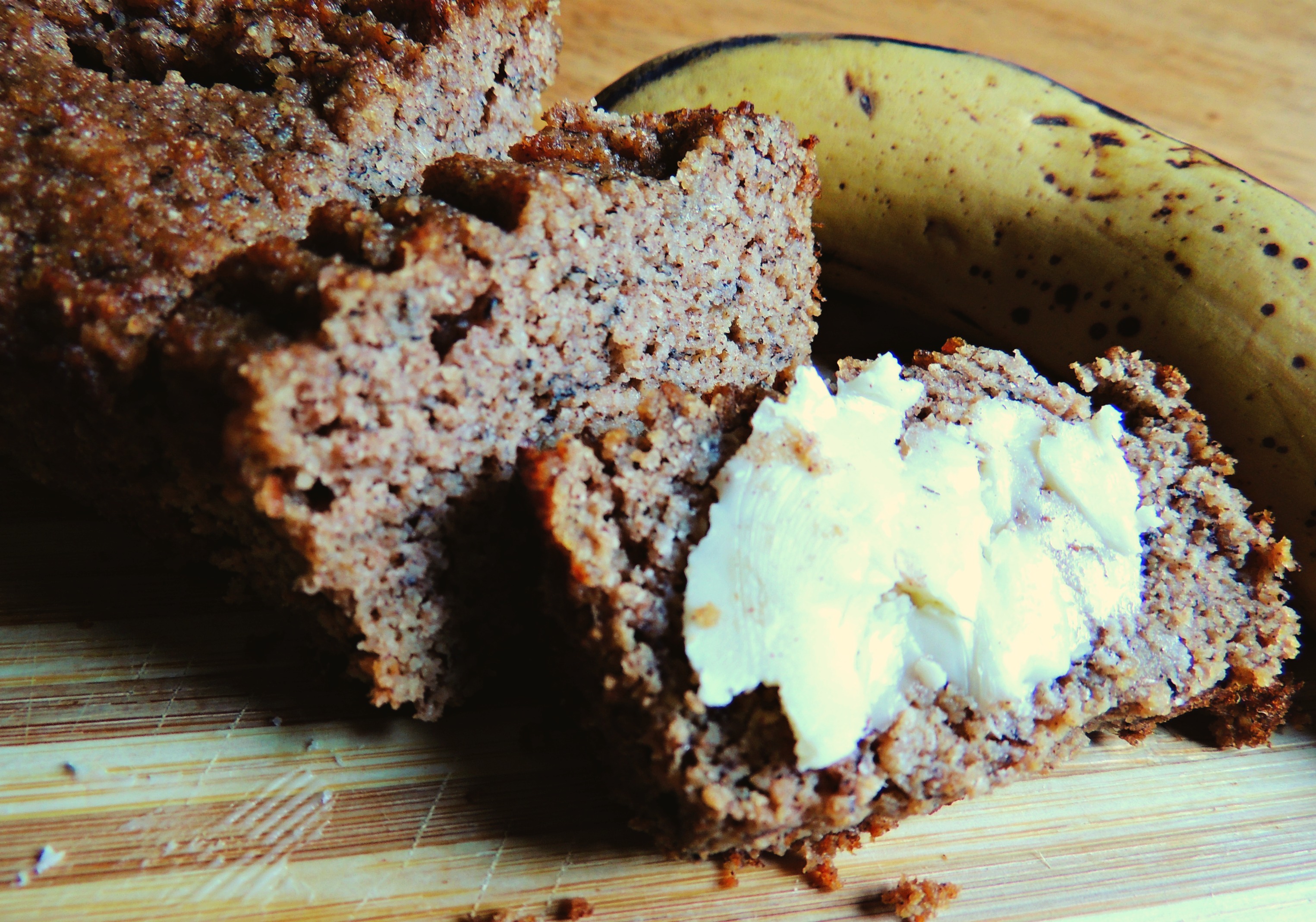 Bananas are one of the most popularly eaten fruits across the globe, and not just in the tropical regions where they are natively grown. Over 96% of American households purchase bananas at least once a month. They have become a breakfast and snack staple for many individuals, and it’s no wonder: although high in sugar content, bananas offer an impressive array of unique nutrients including Vitamin B6, Vitamin C, manganese and a full 400 mg of potassium per banana. They are also a good source of prebiotic fructooligosaccharides, which stimulate the growth and activity of good gut flora to aid with healthy digestion and proper nutrient absorption.

Conventionally grown bananas have long been considered a “clean produce item” and “safer for the consumer” due to their protective outer layer of skin, which is peeled and discarded prior to noshing on the sweet inner fruit. However, it turns out that this treasured “tough-banana” image does not actually stand up to testing. In a large study on pesticides in produce by the Environmental Working Group (EWG), bananas ranked 22nd for most contaminated of the 49 tested fruits. What’s more, most all bananas consumed in the United States are from Latin America, with billions of pounds imported from Costa Rica and Ecuador each year. Produce imported from foreign countries is subject to less stringent agricultural practice law, with many of the pesticides, herbicides and other chemicals that have been outlawed in the United States still in active use. The total pesticide use in Latin America has increased fivefold since the 1980s, with demands for off-season produce in America and Europe increasing dramatically. Conventional imported bananas are one of the most highly sprayed crops and are known to be treated with such dangerous chemicals such as benomyl (linked to birth defects) and chloropyrifos (a neurotoxin). Such dangerous chemicals from banana plantations have leeched into soils and waters of many countries' crop growing cultures, causing serious maladies in citizens and devastating harm to wildlife. The banana industry has long been under scrutiny for harsh conditions, and is currently 80% monopolized by just five major companies.

Therefore, if bananas are something that you love, investing in organic and fair trade standard products is a must. Several studies from environmental and labor groups have indicated that while change is extremely slow, small improvements in conditions for workers and the environement are possible with support of these certifications. Organic farming principles include the use of no chemicals in production and fairness to all workers, while fair trade standards ensure just payment to owners and workers, as well as the appropriate use of funds for supportive social, economic and environmental projects. Although these certified bananas may cost more, the vote you are making towards healthier produce, environmental standards and fair labor conditions is well worth every penny. 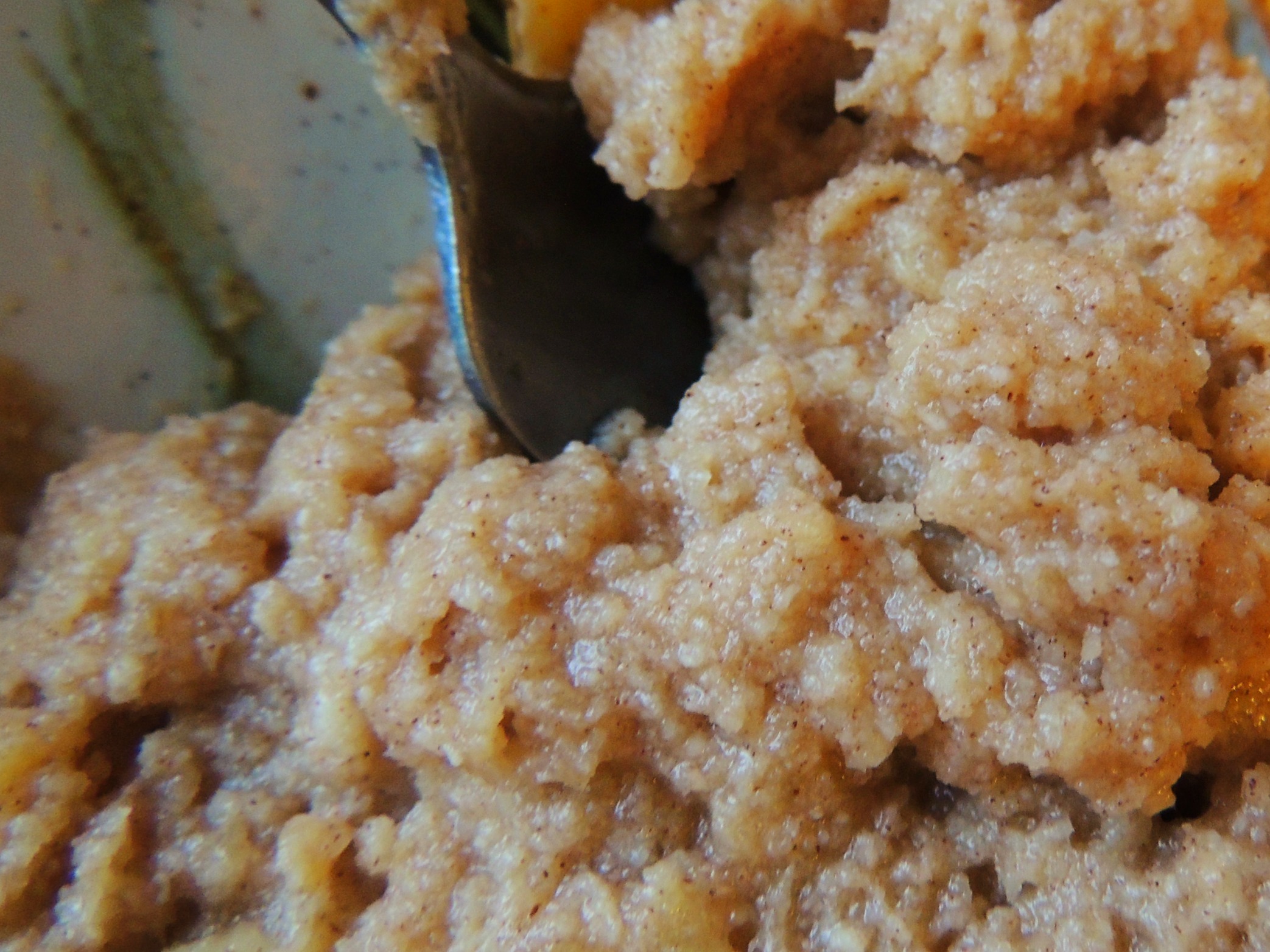 Preheat oven to 350 degrees and grease one loaf pan.

Transfer batter to greased pan and bake for about 45 minutes. Bread is complete when toothpick inserted in the center comes out clean.

Remove bread from oven and allow to cool in pan for about 5 minutes until transferring to wire racks to continue cooling.

Did your shopping list kill a song bird? by Bridget Stutchbury of the New York Times