If you have ever tried to research the health benefits of legumes, especially in ancestral health circles, you will likely be confronted with a barrage of conflicting perspectives and tirelessly advocated claims. For such a simple little food, these tender beans, peas and seeds can stir up quite an excited response among righteous “foodies.” On the one side you have veggie-lovers spreading hummus on just about everything, and on the other you have carb-counting meat eaters who find no place for beans between munching on slivers of bacon and grass fed liver. So can there be a medium? And how can you tell what the right thing is for you? Let's take a look at some of the research and opinions from experts in the fields of traditional diets and nutrition to decide. 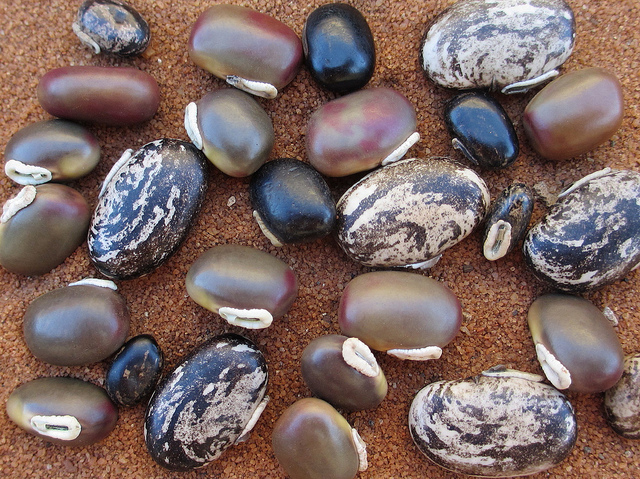 Botanically, legumes are categorized as flowering plants from the Leguminosae family. One of their distinctive traits is having a seed pod that bursts on two sides when ripe. The word legume itself is derived from the Latin verb legere, which means to gather. You may occasionally hear them also referred to as pulses- a term derived from puls or porridge, a cooked bean dish believed to be quite common in ancient Rome. While there are 18,000 classified species of legumes within the plant world, the most well known from a culinary perspective include beans, soy and peas. Lesser known members of this group include licorice, clover, peanuts and lentils (1).

Both Sides of The Bean

Oftentimes, especially in more vegetarian inclined circles, ever popular legumes are described in an almost idyllic light- praised as the perfect specimen of a plant derived protein. Low in fat and fiber-rich they are posed as offering a fantastic source of lean energy to conscious consumers. There is certainly some scientific backing to this claim, with analyses revealing a variable, but generally robust nutrient profile among members of the legume family.

High in Minerals- Calcium, phosphorous, iron, copper, zinc, potassium and magnesium can all be found within these simple plants. In our tragically mineral-depleted diets, this accessible source is not to be undermined. Many sources claim that beans have heart protective qualities, many of which can likely be attributed to these powerful nutrients (2).

On the other side of things are those following a distinctly paleo or specific carbohydrate diet who demonize these humble legumes as pitiful products of the agricultural era, wrought with excess starches and a plethora of anti-nutrients that threaten to disrupt digestive function at any moment. Add to this the fact that legumes are commonly exposed to extreme temperatures, high pressures, bathed in chemicals and sealed into cans before arriving in your home, and there is an understandable reserve about these all-too-hastily munched on beans.

Phytates- Legumes have their own natural mission, which is to germinate and grow. They are thus well-protected by substances such as phytates that are intentionally disagreeable to the mammalian gut if not properly disarmed prior to consumption. Phytates bind many of the helpful minerals in beans, and eliminates them from the body. These substances also inhibit many of the enzymes that help in assimilating these important minerals such as calcium, madnesium, copper, iron and zinc. (4).

Incomplete protein- Although often treasured as a protein source, legumes are actually missing two of the eight essential amino acids that are needed from the diet to build protein in the body. With just about 4-9 g of protein per 1/2 cup, this moderate serving comes with a hefty dose of carbohydrates- around 28 g for that same 1/2 cup (5).Thus on their own, they do not offer adequate supplies for robust health, especially if you participate in regular exercise.

Omega Imbalance- Many legumes are particularly high in omega-6 vs. omega-3 fatty acids. In a culture where pro-inflammatory omega-6 fatty acids from vegetable and seed oils predominate, overloading on chickpeas may not always be the wisest choice. A diet overloaded in omega-6 dominant foods has been consistently linked to chronic disease and poor health outcomes (6).

Putting it All Together

Stepping back from this dichotomizing conversation, it is evident that there is truth on either side of the debate. As with most things, it is hard to make sweeping generalizations about legumes as a glowingly wonderful or completely atrocious food group for all people at all times. Based on anecdotal evidence and a review of the foods enjoyed in traditional cultures, legumes in various forms seem to be safe and beneficial to include in the human diet in moderate amounts if balanced with healthy fats and animal proteins, and when properly prepared by methods of soaking, sprouting or fermenting. At a minimum, legumes should be soaked for twelve hours in filtered water, drained and rinsed several times before cooking. If made amicable to the human digestive system in this way, one can ensure that the treasured nutrients in their soft flesh are most bioavailable, while the pesky irritants are neutralized (2,3,4). In general, the warm and subtle flavors of legumes also pair well with tonifying spices such as turmeric or ginger, and with the sour taste of pickled or fermented foods- a happy "coincidence" as far as digestion goes.

Two exceptions to this rule (on which most everyone agrees), are soybeans, which contain stubborn hormone disruptors, and peanuts, which often contain an irritating aflatoxin producing mold (7,8). These two legumes are best consumed sparingly in the diet, as larger amounts can cause significant system difficulties over the long term.

So, when it comes down to it, is that one scoop of beans going to completely throw you off? Likely not, however it is not going to provide you with everything you need nutritionally either. Most legumes seem to be a beneficial supplement to the staples in your diet, especially if they are properly prepared and you consume adequate omega-3 fatty acids from sources such as fish oils, as well as complete proteins from animal sources. Yet the decision on whether to include sprouted legumes really lies in what goals you are trying to achieve with your diet, your lifestyle, cooking habits, where you are in the healing process, and how often you intend on indulging in them.

Check out the opinions of the experts in these highly recommended books: