Yesterday I was faced with a desperate situation: I ran out of coconut spread. I know it sounds crazy...but somehow I managed to make it down to the very bottom of the jar without remembering to order more. Sigh. And so I was left, small spatula in hand, despairingly scraping away at the container until it was sparkling clean and no tasty little morsels remained. If you have ever had the chance to try coconut spread (also lovingly called coconut butter or coconut manna), you may understand just the heartache that I felt in such a situation. This rich, creamy butter is simply too delicious to be without! However, with a bit of ingenuity, a handful of coconut and my trusty food processor, I was able to mix up a homemade version to save the day. Hence this simple, healthy DIY with just one step and one ingredient! 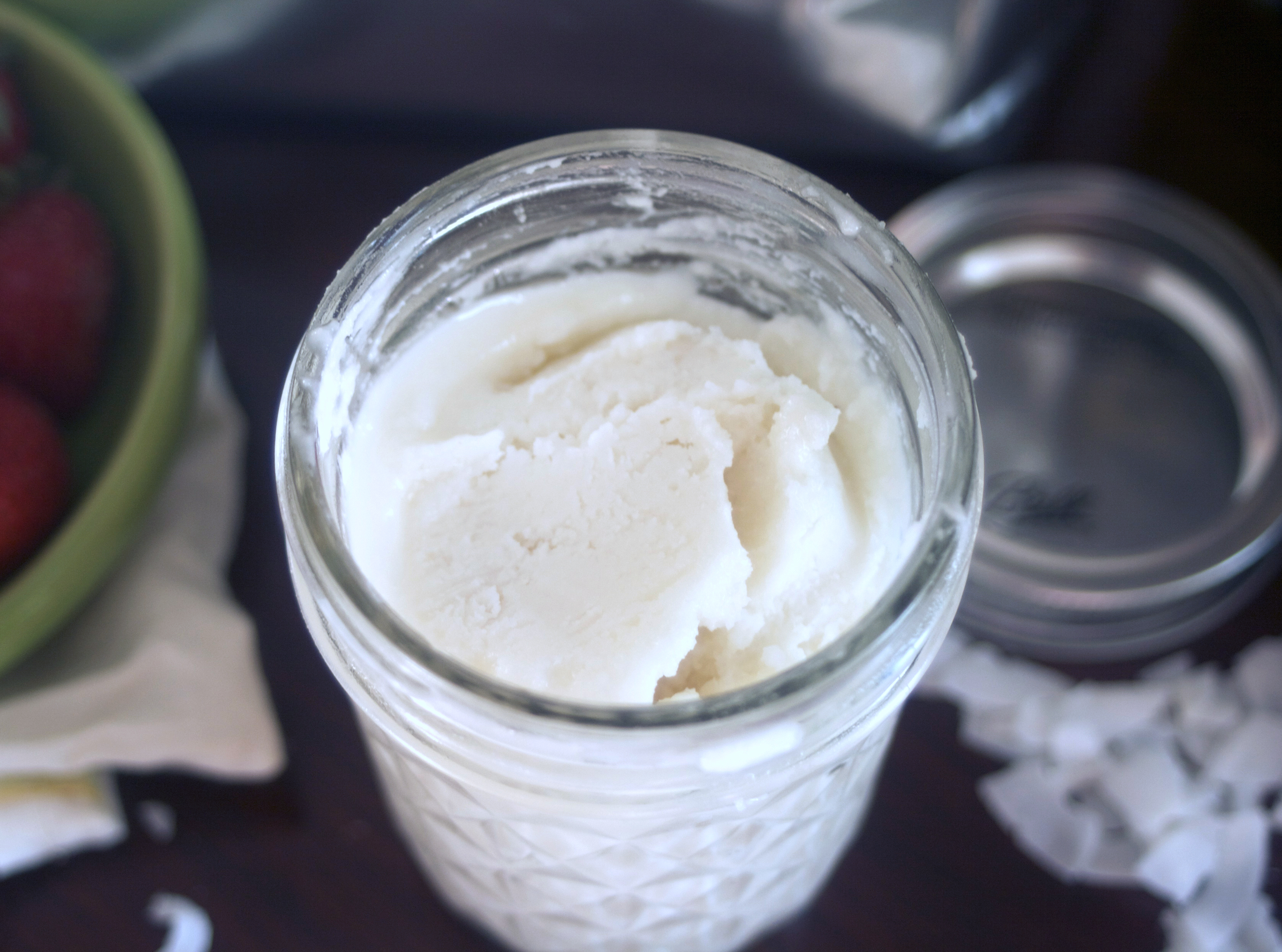 So, you might ask: why didn't I just run down to the health food store and grab another jar of coconut spread? Why all of this drama instead? Well, quite simply finding a good quality coconut spread can actually be more difficult than you might think- and if I am going to invest in a jar, I want to savor it in all its raw organic goodness.

Here's the thing: in modern American cuisine, the coconut has been gaining wild popularity of late. Nearly every time I turn around it seems like someone has come up with the latest and greatest coconutty-thing: ice cream, yogurt, bars, cakes, thirst-quenchers, supplements, perfume. It seems that every industry wants a piece of this tropical superfood.

Needless to say this can all be very confusing, and it is disappointingly difficult to sort out legitimate products from marketing hype. Unlike other glitzy and glamorous products, coconut spread is generally pretty simple. It is made from coconut meat that has been dried and pulverized into a paste, resembling a nut butter.

Unfortunately however, some companies use coconut that has been harshly dried, toasted, washed with chlorinated water or otherwise treated, resulting in the loss of precious nutrients and the appearance of unwanted chemical additives.

At Radiant Life we have put a lot of time and effort into perfecting our coconut spread. It is created from 100% organic, raw coconut meat that has been dried at temperatures less than 98°F. In a rapid process, this dehydrated meat is specially chilled and pulverized into a paste, in such a way that little or no heat is generated. Through this carefully engineered process, the air temperature is even kept low to ensure that the coconut is not exposed to heat above 103°F during grinding. In this way, we are able to keep vital nutrients intact, maintaining the coconut's natural purity. This is why our spread remains brilliant white, while others take on a more beige tone- indicating that the coconut has become overheated at some point in the production.

Call us a little obsessive, but sometimes it takes this kind of scrutiny to navigate the food world. So, while you may not have this precision at home, you certainly have more control over how you make this spread in your kitchen than if you buy something random at the store. Yes, the homemade stuff is not quite as smooth, and yes it probably gets more heated than the carefully crafted version we call our own- but in a crunch, making your own coconut spread is economical and actually fun! 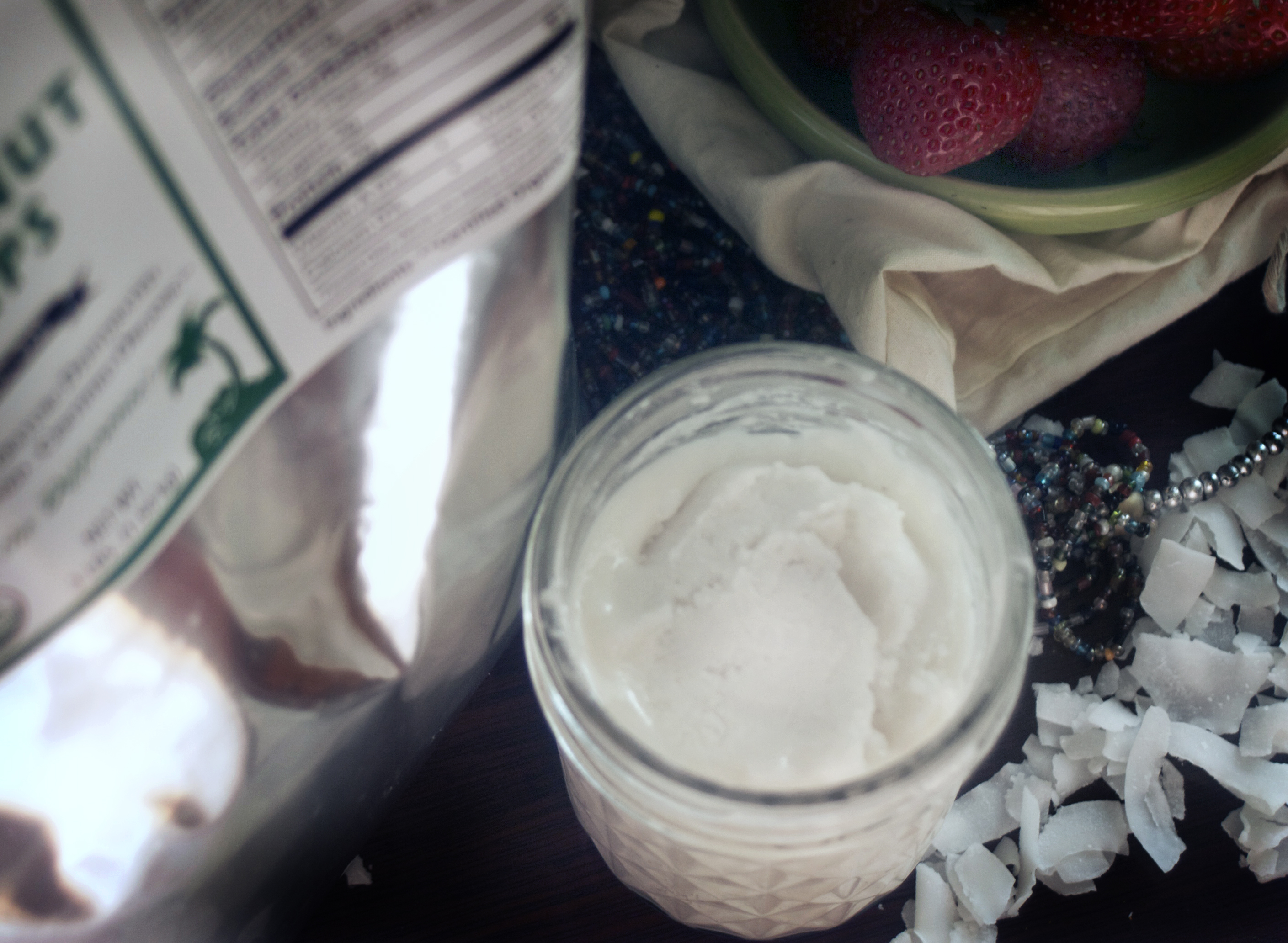 With one step and one ingredient, it's a bit of a stretch to call this a recipe. The general gist of things is this: throw some coconut chips in a blender and go! But if you want some additional tips and tricks, check out the steps below.

If you have never had coconut spread/butter/manna before, you are in for a treat. It is a bit different from coconut oil, because it also contains the fiber from the meat as well. Pleasantly aromatic and delightfully balanced, it has a slightly sweet coconut taste and a texture that melts on your tongue. It is also high in fiber, trace minerals and medium chain fatty acids (which you can learn more about here). This spread is both delicious tasting and nutrient-dense. It can be enjoyed mixed with other nut butters, on apples or celery, whipped into a frosting, blended into a smoothie or spread over chocolate or carob to make decadent Coconut Almond Delights or Organic Coconut Butter Cups. My personal favorite way to eat it is straight off the spoon.

5 cups raw organic coconut chips (flakes also work, but I have found the larger chips give more of a smooth result)

Place chips in a food processor or high power blender and process on high. This will probably take 10-15 minutes depending on what kind of appliance you are using and its strength. As it blends, you will notice the chips goes through several transformations- first they will be shredded more finely, then become pasty, and finally liquidy and smooth. You can stop and check it several times throughout the process- pushing any splatters on the sides of the blender or processor down and also churning it with a spoon so that you can see the texture. The final consistency will appear runny, but this is actually the texture that you want the coconut spread to be at when you first make it. When allowed to cool to room temperature (or in the fridge depending on where you live and the time of year), it will firm up to become more dense and spreadable.