If you are looking to add more fermented foods to your diet, then it may be time to give switchel a try. This simple colonial farmer's drink is made with tangy apple cider vinegar, warming ginger, fresh lemon and a drizzle of honey for sweetness. Switchel packs a punch of beneficial enzymes, detoxifiers and anti-inflammatory compounds, all in one sweet and refreshing gulp. Best of all this DIY fermented beverage can be mixed up at home and savored within minutes. 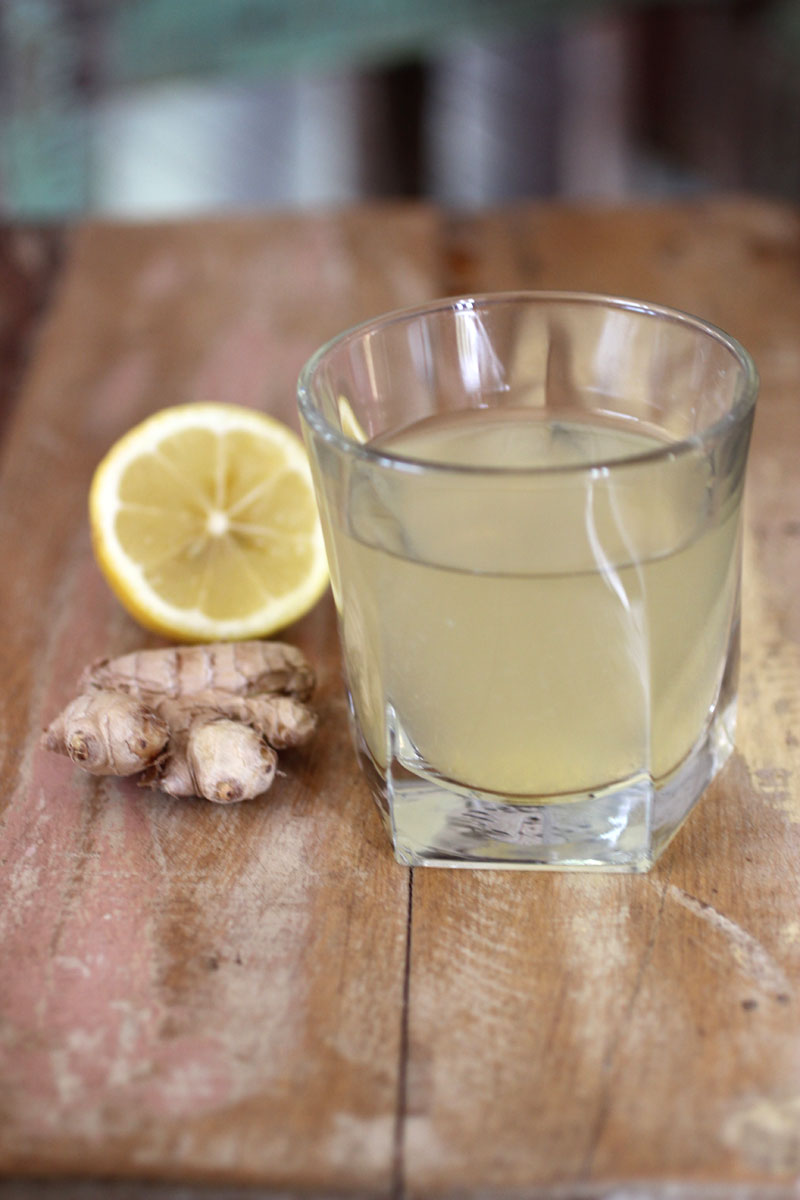 Switchel, also called switzel, ginger-water and haymaker's punch, is a traditional fermented beverage with Caribbean origins. Many variations on the recipe exist, but the drink is generally made with water, apple cider vinegar, ginger and a natural sweetener, like honey, molasses or maple syrup.

The beloved recipe for switchel made its way north from the islands during the Colonial Era. It eventually became a popular summertime drink for settlers due to its simplicity and refreshing flavor. Historical accounts describe switchel as an effective thirst-quencher for farmers working long, hard days in the fields. Several period novels include scenes of workers lugging jars of it into the fields in order to stay hydrated and energized during hay harvest season (hence the nickname haymaker’s punch).

Eventually as time wore on, the ritual of making switchel began to fade away. Long, sticky afternoons were no longer made more tolearble with a tall and refreshing glass of ginger-water; instead sugary sodas and commercial sports drinks came in to take its place. Switchel, the slightly-sour homemade beverage, became obsolete.

Much to the excitement of traditional foodies, switchel has been making a stunning resurgence in recent years. In 2014 at Natural Products Expo East the flavorful drink was even named a “trend to follow.” Several companies have jumped on board and are spearheading a movement to produce and distribute hip-looking bottles of switchel throughout the United States.

Why is this old-time drink celebrating a revival? Switchel has enthusiastically been deemed “nature’s Gatorade,” for its hydrating and electrolyte-boosting properties. Others have dubbed it a “time-tested energy drink,” “a health tonic,” and one of the most “inexpensive probiotics” you will find.

Some of these statements could be considered a bit exaggerated, but folk-lore and marketing tactics aside, a quick run-down of the ingredient list churns up some intriguing evidence-based benefits: 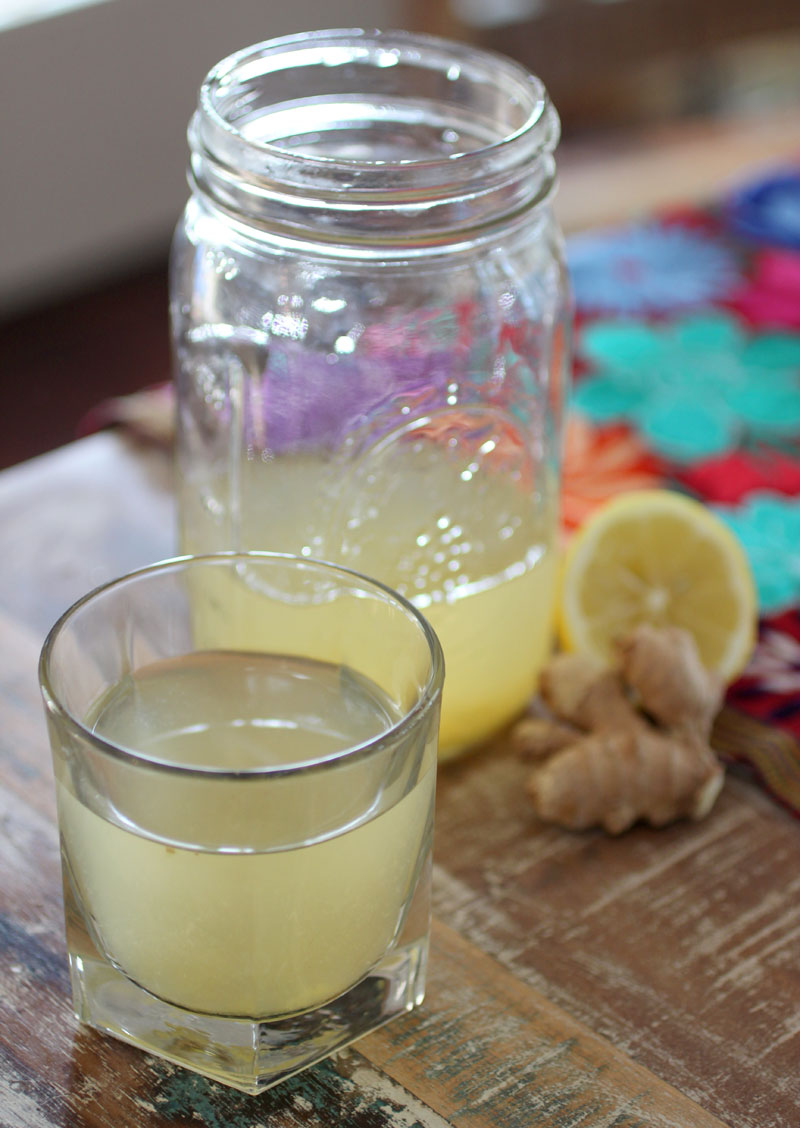 Perhaps equally as exciting as the health benefits of switchel, are the facts that it tastes delicious and is a breeze to make. Unlike other fermented drinks like komboucha and kefir, which require starter cultures and take several days or weeks to prepare, switchel uses pre-fermented apple cider vinegar as a base. This means that it can be mixed-up and enjoyed on the spot while still offering many of the same gut-healthy enzymes and microorganisms as other fermented foods.

Sure, you could buy a bottle of switchel at the nearest health food store to get your probiotic fix, but why not throw a batch together on your counter like the folks of yesteryear? I would highly recommend trying the homemade option at least once.

As you get ready to craft your haymaker's punch, there are just a few things to consider. When gathering ingredients, make sure that the apple cider vinegar is both raw and unpasteurized — otherwise it will lack the active enzymes that make it so nourishing and good for you. True raw apple cider vinegar will have a cloudy appearance as it has not been heated and filtered. I recommend using raw honey instead of refined or “regular” honey, as raw varieties tend to have higher levels of enzymes, nutrients and minerals. Lastly, you will want to use water that is free from chlorine. The very purpose of the chemical is to destroy enzymes and probiotics, which is definitely not what you are going for in making switchel. As a general rule, if you live in a municipality that has chlorinated water it is important to use a water filter or purifier whenever you are working with fermented foods.

Place all ingredients in a quart-sized mason jar or another similarly sized glass container. Fill to about an inch below the rim with filtered water. Stir or shake vigorously until all ingredients are combined. Strain off ginger and enjoy immediately, or cover and let sit on the counter overnight to enhance flavor. 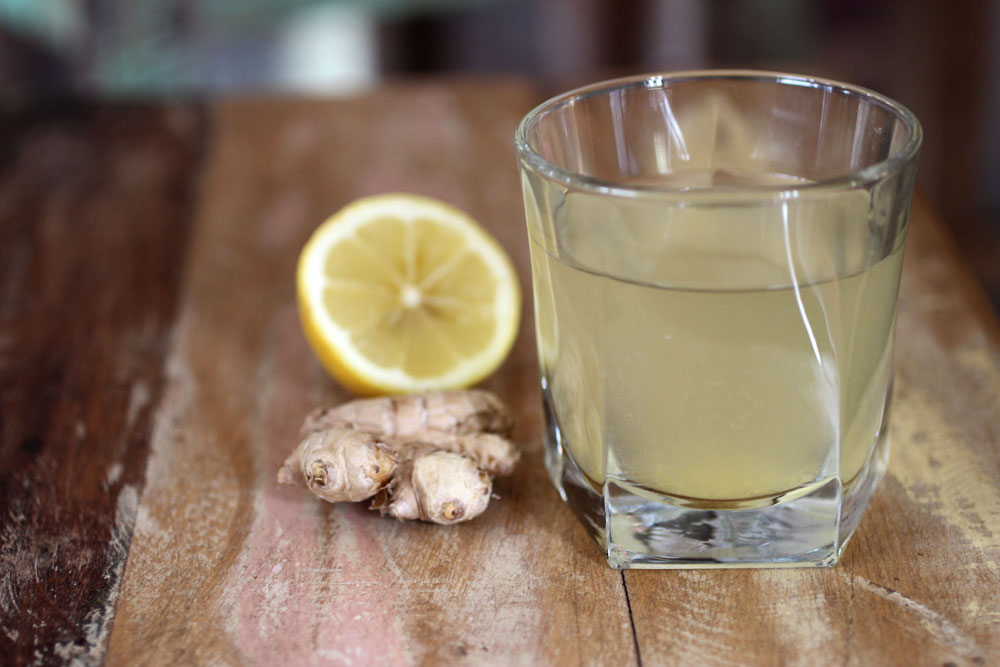