Fat is tragically misunderstood. While some fats have been timidly dubbed "okay" in the health community, others still linger on the "evil-foods-to-avoid" list. If you have ever been so brave as to try to discuss cooking with saturated fats, you might notice that most people still react with a shoulder-shrugging, eye-closing grimace and a resounding "yuck!" Although a generous amount of research has been released proving the health benefits of saturated fats, after years of misinformation linking saturated fat to chronic disease, we have been programmed to react this way. This deeply-rooted mix-up is both pervasive and unfortunate, contributing to a society of overfed and malnourished individuals that fearfully avoid saturated fats. So next time you try to explain healthy, traditional, saturated cooking oils to your family and friends, here are some healthy fat facts to back up your points. 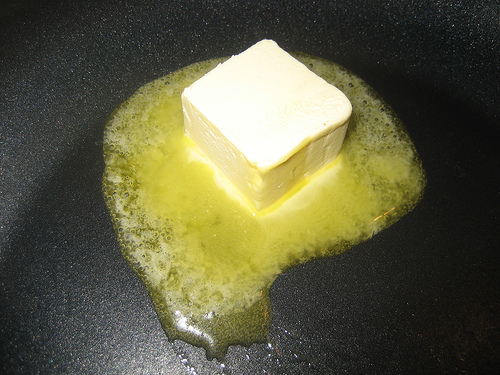 Partially Hydrogenated Oils and Natural Saturated Fats Are NOT Same

Somewhere in the acrimonious dialogue about dietary fat, saturated fat and hydrogenated fats have become mistakenly synonymous. The convoluted misinformation about saturated fats was sparked in part by a 1940s study that linked cancer to the consumption of fat. While most of the fats used in the study were actually hydrogenated oils, they were mistakenly deemed "saturated fats." This highly publicized misinformation (spread happily by the corn and soy industries) led to a fearful campaign to swiftly eliminate the lard, tallow, butter and tropical oils that had been used to fuel people for generations. Somehow, in spite of the information disproving this study, the saturated fat myth has remained. In fact, it wasn't until recently that health researchers in the United States officially separated trans fats from saturated fats in the databases used to correlate diet and disease patterns. Because they both appear solid at room temperature, saturated fats and partially hydrogenated oils might look somewhat similar, however they are completely different biochemically. 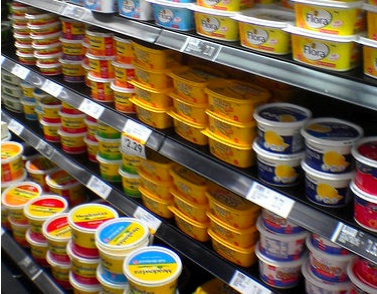 Partially hydrogenated fats are created by altering highly refined polyunsaturated vegetable oils, which are usually liquid at room temperature, into fats that are solid at room temperature. These hydrogenated oils are the base of margarine and shortening, and are also found in many processed goods- although current labeling laws can make them very elusive to catch. The process to make these hydrogenated concoctions is as strange and haphazard as the terminology implies: a polyunsaturated oil (inexpensive GMO’d corn, soy, canola or cottonseed are most common) is combined with nickel and hydrogen ions, and processed with a splash of bleach, some steam-cleaning and a touch of coloring along the way. The result is a cheap, bulk-created impostor fat that is commercially useful due to a long shelf life.

As you might expect, this solid, mutated fat has altered biochemical function in the body,acting dramatically different than naturally composed fats. Because of the manipulation of hydrogen atoms that occurs during hydrogenation processing, fat molecules exposed to this treatment morph structurally so that the once slightly bent fatty acid chain straightens. This is called the trans formation, a configuration rarely found in nature. The digestive system cannot recognize these dangerous trans fats, and as a result metabolic chaos ensues upon ingestion. Dietary hydrogenated vegetable oils have been shown to block the proper functioning of essential fatty acids and have been linked to many serious chronic conditions involving immune, reproductive, nervous and musculoskeletal system disruption.  The WHO/FAO Consultation on Diet, Nutrient and the Prevention of Chronic disease confirmed the health risks of trans fatty acids from partially hydrogenated fats in 2003, recommending “a significant reduction or virtual elimination” of their presence in the human food supply. While this goal has been accomplished in some countries, this is an ongoing project in the United States. 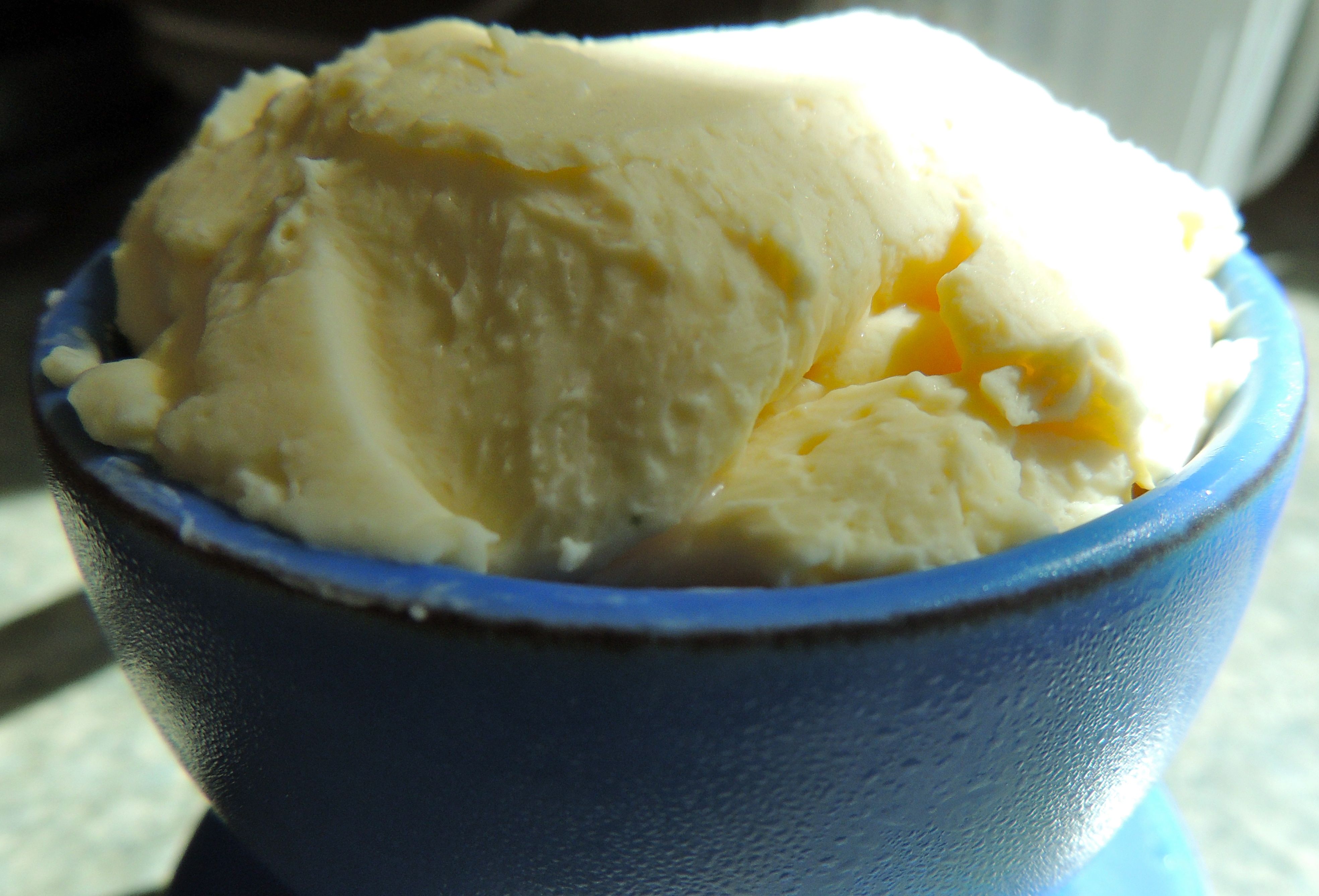 Saturated fats, on the other hand, are naturally occurring in animal fat (lard, tallow, chicken fat, goose and duck fat, and dairy products like butter or ghee) as well as tropical oils like virgin coconut oil and palm oil. Saturated fatty acids have all of their carbon atoms attached to a hydrogen atom, which makes them highly stable, such that they do not go rancid easily- even if exposed to high temperatures during cooking. Because saturated fat molecules are also straight in alignment, they too pack together readily and are also thus solid at room temperature. However, unlike hydrogenated oils, saturated fats have balanced molecular structure, that is highly recognized and required by the body. Although there have been many misconceptions about saturated fat leading to arterial-blockage and contributing to heart disease, recent re-evaluations of the literature refute this claim. Logically, it makes sense that these natural saturated fats, which humans have relied on as a primary source of fuel for centuries, are actually very important for our health. According to the literature, some of the many health benefits of saturated fats include:

The Skinny on Fats by Sally Fallon and Mary Enig