In the nutritional history books, a 1907 study on cow diets should be invariably described as dry, boring, or even unoriginal. Yet it was this work that set the stage for scientist Elmer McCullum to later discover vitamin A. This, along with his identification of vitamin D, caused McCullum’s name to become timeless in the research community, and the fat soluble vitamin A was critically recognized as essential to the human diet. 1

You may already know why vitamin A is so important...vision, immune function, reproduction, bone formation, and embryonic development, to start. But did you also know that your diet likely consists of two different forms of vitamin A? Read on for the difference between preformed and provitamin A, and information on which one you should consume. 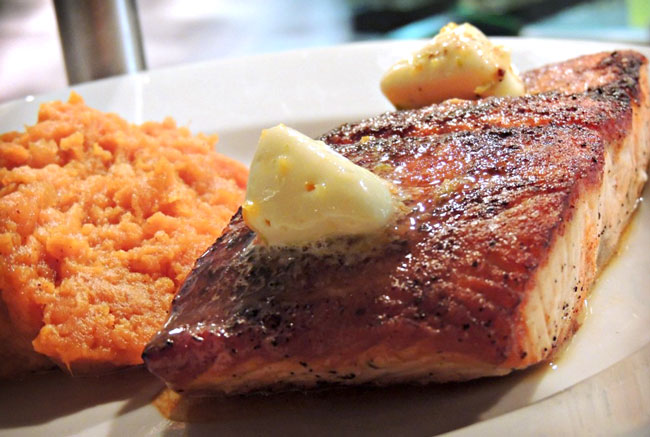 As hinted by its name, preformed vitamin A doesn’t need to be converted to become active - it’s been ‘preformed’! This group of compounds is called retinoids; two of the more well-known forms are retinyl palmitate and retinol. Retinol in particular is one of the most physiologically active forms that is most commonly found in food. 2

Dietary retinol comes from animal sources like egg yolks, butterfat, fish, and organ meats (e.g. kidney & liver). 3 Because it is fat-soluble, animal fat is a goldmine for preformed vitamin A! Many medical sources warn of the dangers of retinol overconsumption, as it can have dire effects such as dizziness, nausea, coma, and in severe cases, death. Keep in mind however, that while synthetic supplements can add up to contribute to this condition, it is hard to obtain these toxic levels from food alone. According to the Weston A. Price Foundation: "The putative toxic dose of 100,000 IU per day would be contained in 3 tablespoons of high vitamin cod liver oil, 6 tablespoons of regular cod liver oil, two-and-one-half 100-gram servings of duck liver, about three 100-gram servings of beef liver, seven pounds of butter or 309 egg yolks."

Severe deficiency is relatively rare in first-world countries, but can cause an eye condition called xeropthalmia, which if not treated, may lead to night blindness. 4

Provitamin A refers to vitamin A precursors, a group of compounds called carotenoids. On consumption, the body converts these carotenoids to the active retinoids.

Although they cannot be synthesized in the human body, carotenoids do occur naturally in plants and algae. It’s actually this group of compounds that gives many fruits and vegetables their classic bright green, orange, and purple colors. Thus, it also goes to say that if you’re fiending for carotenoids, you can look to fruits and veggies for your fix. 5 Unlike the retinoids, there is virtually no harm to carotenoid overconsumption. While it can turn the skin orange-yellow, this is easily reversed. Carotenoid deficiency is commonly associated with vision problems, but similar to the retinoids, is not a large-scale problem in America. 4

So Which Should I Eat?

In the case of preformed vitamin A vs. provitamin A, which should you select along the quest for healthy vitamin A status? My answer…BOTH! But preformed vitamin A contains more vitamin A per square foot, so turn to those foods first. Retinoids from animal foods give you more ‘bang for your buck’ since they don’t need to be converted like plant-derived carotenoids do.

On reading the physiological functions for preformed and provitamin A, I found the major difference was that provitamin A has heavier implications in vision. Yet according to research, these two forms are otherwise equal in abilities to do their jobs in the body. Thus eating a balanced diet that contains both sources is key.

Do recall that the active form of this nutrient is fat soluble. So if you’re not getting enough fat in your diet, or if you have a fat malabsorption disorder, you are likely at risk for vitamin A deficiency. Antibiotics, laxatives, fat substitutes, and cholesterol lowering drugs also interfere with vitamin A absorption. 6

Ultimately, this argument appears to come down to maintaining a natural diet that is reminiscent of ancient peoples, and which provides a megadose of vitamin A. Check out The Inuit Paradox and the Vitamin A Saga for more information, and let me know your favorite vitamin A-heavy food in the comment section.

Carlie Frydman is a high school Biology teacher and writer in Cambridge, MA. She discovered her love for nutritional science and exercise when she began running, and now coaches varsity track and cross country. In her free time, Carlie can be found in her kitchen trying a funky new cheese recipe, or soaking up the sun at the nearest body of water.