Stress. It’s everywhere. The shoulder-tensing kind of stress that leaves you wired but tired, and taunts you to devour lush chocolate cakes or guzzle steamy espressos just to keep up. When perusing articles on the subject, I noticed experts frequently warning that we must “learn how to control stress.” However, I find that this accusatory "or else!" attitude can create feelings of guilt, shame or frustration around worry and anxiety- only confounding the problem so that we are stressed about our stress! This situation is so overwhelming as there are often deeply entrenched physiological imbalances that make managing stress a nearly impossible feat, no matter how many flute-filled tunes we listen to. So, let’s take a look at the hormone cortisol as it relates the stress response to get a clearer understanding of the biochemical state of the body when we experience hyperarousal (that is, the scientific term for what we might so very eloquently call “freaking out”) and explore how we can return the body to a state of balance and stability.

In order to fully understand stress management and to discover a place of genuine and sustainable resilience, it is important to first garner an appreciation for cortisol’s dynamic influence on our everyday function. At the most basic level, cortisol is a hormone- a chemical substance that acts as a messenger to direct the activity of certain cells or organs in the body. You’ve probably heard of cortisol being called “the stress hormone,” a nickname that makes it sound downright repulsive and evil. While it is true that cortisol has a primary influence on how we react to stress, contrary to its narrow and negative reputation, it also plays a wide variety of genuinely helpful roles physiologically. Often called the alpha hormone, it is responsible for three major mechanisms that help to keep the body in a life-sustaining state of balance, or homeostasis: raising blood sugar, increasing blood pressure and regulating inflammation. Through these mechanisms, cortisol essentially influences nearly all that we do, and is directly responsible for modulating such fundamental and life-sustaining processes as:

So, with this prestigious list of roles and responsibilities, why is it that experts suggest that cortisol imbalance is the most pervasive form of hormonal dysregulation in the modern world?

Stress, The HPA Axis and Cortisol

Cortisol is released by the cortex (or outer layer) of your adrenal glands- the pair of triangle-shaped endocrine glands that sit atop each kidney. It is naturally secreted in a diurnal pattern- an ebb and flow rhythm that repeats daily. Ideally, cortisol is highest in the morning to help us to wake up and live in a productive, alert, energetic and vibrant manner. It then tapers throughout the day and evening, lulling at night when we are meant to be sleeping soundly, and at which point the soothing, anti-inflammatory hormone melatonin takes over.

In addition to this graceful daily cycle, cortisol is released as part of the natural human stress response system. In threatening situations, a surge of cortisol primes the body to react swiftly and appropriately. This very primal system is called the hypothalamic-pituitary-adrenal axis and goes (in broad terms) a bit like this: whenever a stressor is perceived, the hypothalamus (a structure in the lower brain) signals to the pituitary (a master endocrine gland) that something is up. The pituitary then sends a chemical alarm via the hormone ACTH, signaling to the adrenals (the glands atop your kidneys) to release a burst of cortisol and other hormones like adrenaline, preparing the body for “flight or fight” mode. This is where cortisol’s three primary mechanisms really come in handy: the surge increases glucose to the muscles so that one can fight or run, and blood pressure is raised to ensure a plentiful supply of fresh oxygen to the brain so that one is able to think clearly. Simultaneously, non-immediate functions such as digestion, sexual arousal and immune system reactions are temporarily suppressed, enabling energy to flow more steadily towards the vital functions that keep us alive. When the threat subsides, the alarm in the hypothalamus is shut off and the body is restored to a state of harmony, recovering and awaiting the next alert.

This ancient, methodical system works very efficiently for overt threats when this level of physical preparation is required, such as in the face of a prowling predator, an accident or medical emergency. Yet unfortunately the HPA Axis responds not only to these actual, embodied stressors, but also to those that are anticipated and perceived- our looming worries and fears. The old, clunky HPA system is helpless in differentiating between psychosocial stressors like getting stuck in traffic or planning a dinner party, and physical threats such as dodging wooly predators. Thus in our far-from-perfect bustling modern world, where stressors are everywhere and worry is rampant, the HPA alarm is almost constantly stuck in the glowing red ON position. Cortisol levels soar in an unruly and destructive manner at bizarre times of the day and night, and suddenly small tasks such as packing a lunch or responding to an email, morph into treacherous evil threats that we feel like we just can’t handle.

Over time, the body simply can’t compensate for this wild hormonal instability and we start to burnout. The adrenals simply cannot keep up with the burden of constantly being told to secrete cortisol, and our systems slowly falter and shut down under such demands. This phenomenon is often called adrenal fatigue, and is coupled with the experience of such troublesome conditions as heart disease, sleep problems, digestive issues, depression, memory impairment, excessive weight gain and worsening skin conditions.

As much as we might close our eyes tightly and try to resist and control it, stress is an inherent part of life. However, through adequate nourishment and care, we are able to put the body's biochemical systems back on track, shifting the way that we relate to stress so that it does not shatter our everyday experience and stifle our creative expression. Building a nutrient dense diet is essential to healing the adrenals, as is participating in healthy fitness that involves adequate amounts of rest and recovery. It is generally important to partner with a supportive practitioner who understands the intricate workings of cortisol imbalance on disease, to devise a detailed diet and lifestyle plan that works for you. However, in addition to these general modifications here are several safe and evidence-based adjunct therapies that you may find helpful as a begining to recovering your stress-worn system. 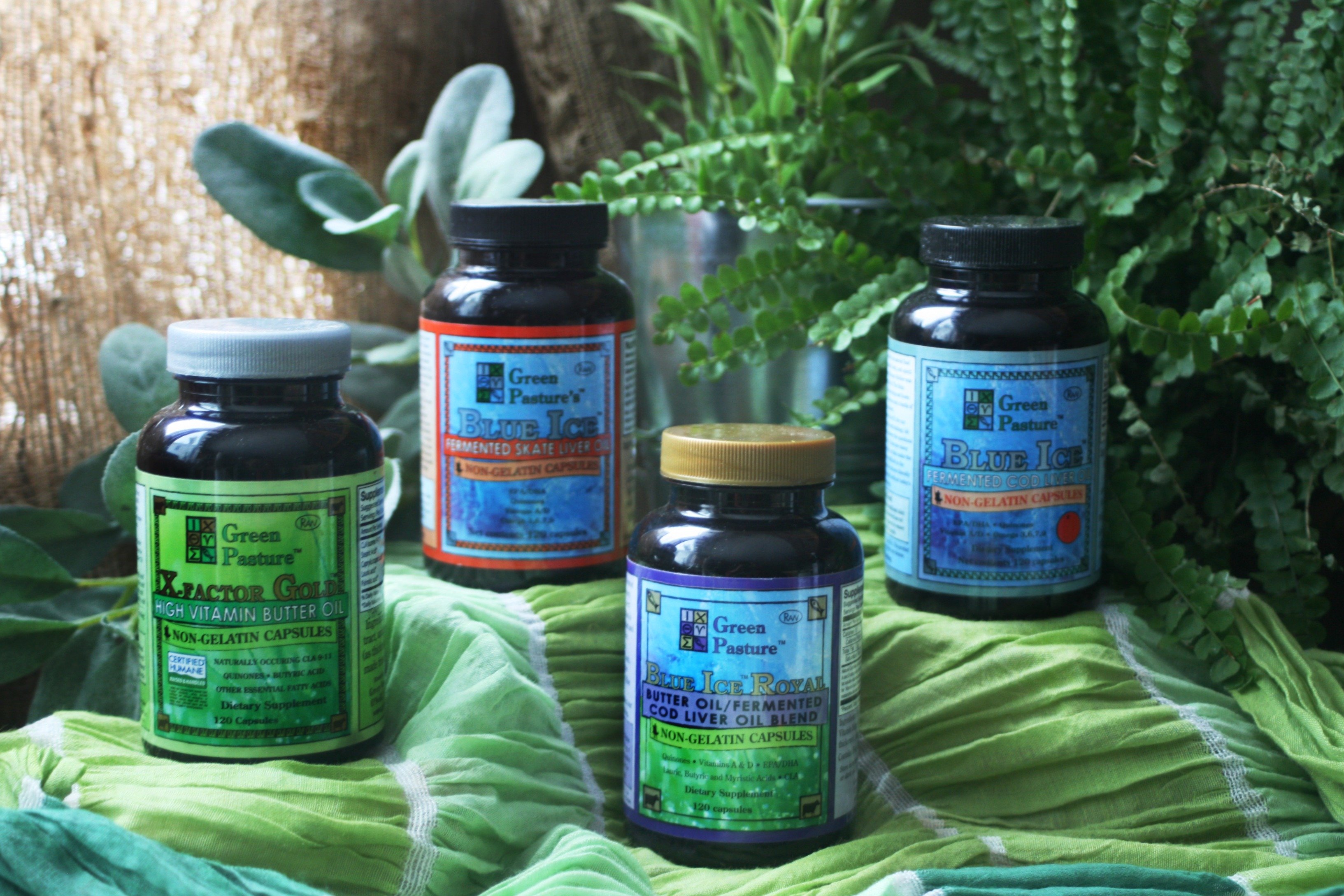 Extensive research has shown that a high quality fish oil like cod liver oil, skate liver oil or krill oil, rich in omega-3s and fat-soluble vitamins, can effectively lower cortisol levels that were increased by mental stress. Fish oil, especially when coupled with a source of vitamin K2, also provides the foundational nutrients that are beneficial in replenishing depleted hormonal stores and gland reserves. 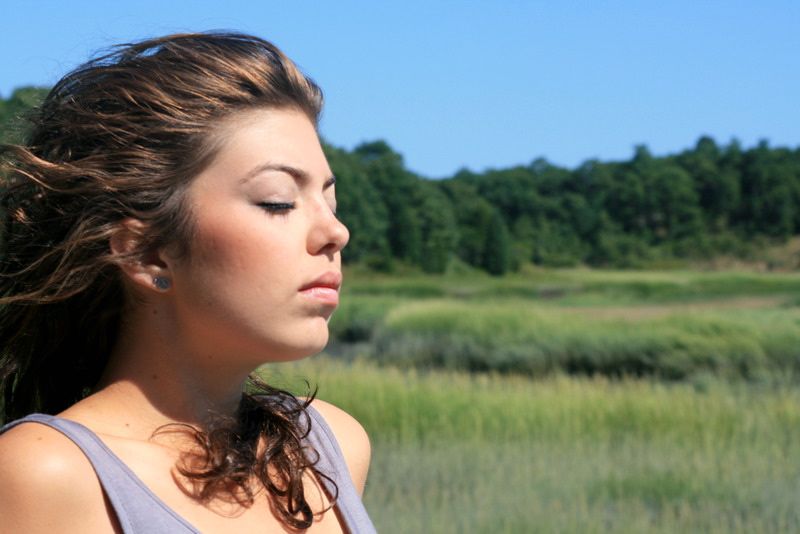 Due to our desk-sitting habits and stress-driven culture, many of us have actually altered the musculature of our natural posture and have become rapid, shallow, chest breathers. This breath habit compromises oxygen flow, weakens the abdominals, causes adrenal strain, compresses organs, creates lower back pain, and stimulates adrenaline-cortisol release. Learning how to breathe properly can neutralize this effect and turn off the HPA alarm. 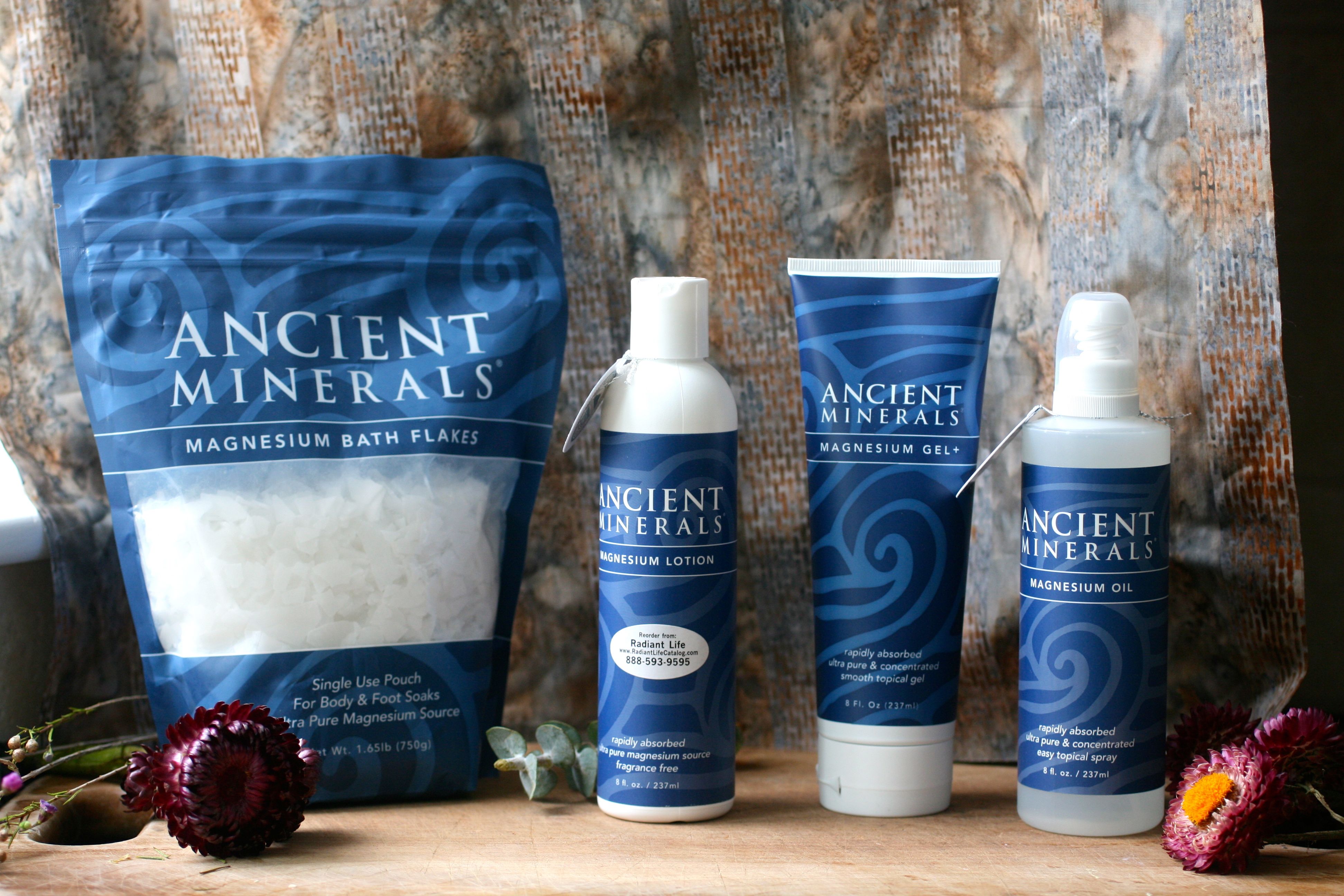 Numerous studies have found that the frequent release of adrenaline and cortisol involved in an unresolved stress response is strongly correlated with decreased magnesium. What’s worse? It all works in a vicious cycle: because magnesium is an integral part of nerve conduction and electrolyte balance, low levels can confound sensations of anxiety, sleep disturbance and depression. Increase your magnesium stores by eating magnesium rich foods and using magnesium oil. 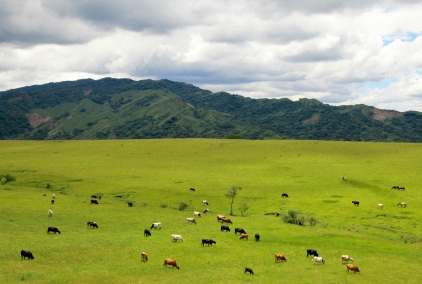 According to research, B vitamins, particularly Vitamin B5 (pantethine), work to reduce the hypersecretion of cortisol. Paradoxically, excess cortisol depletes B vitamins from the system, so people with high stress levels tend to be woefully deficient in these powerful nutrients. The B vitamins are most effective when taken together, thus eating foods that are high in all B vitamins such as liver, or taking high quality B vitamin supplements is crucial in restoring energy levels. 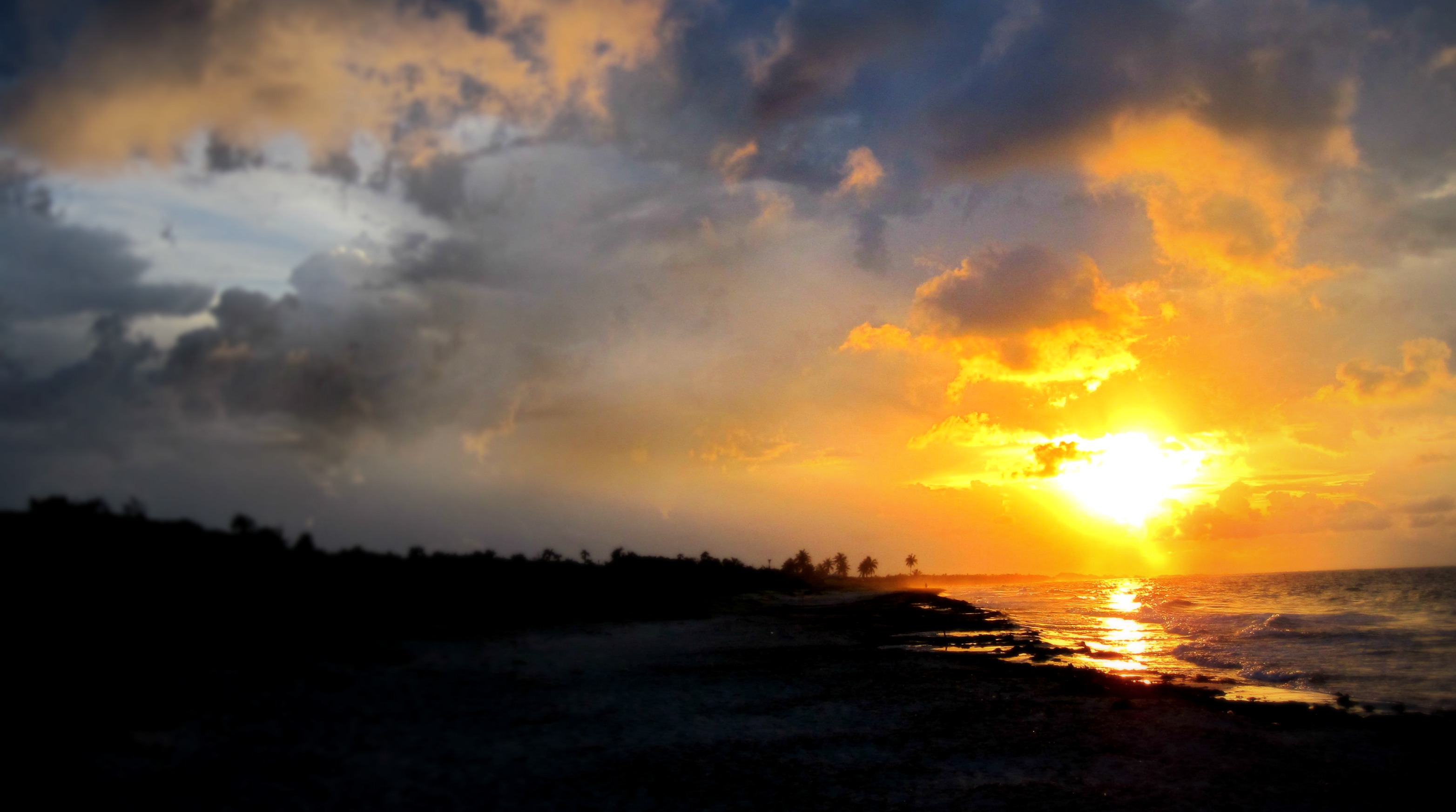 Studies have shown that practicing grounding is one of the most effective ways to restore natural hormonal rhythms during sleep, resynchronizing cortisol to its innate diurnal patterns. Earthing, or grounding, is the practice of reconnecting with the earth’s healing energy by allowing bare skin to come into direct contact with the earth's surface. This can be done by walking barefoot outside on the dirt or sand, swimming in lakes or in the ocean, or by the use of exquisitely designed earthing products which bring earth’s energy into the home using a grounded electrical system or grounding rod.